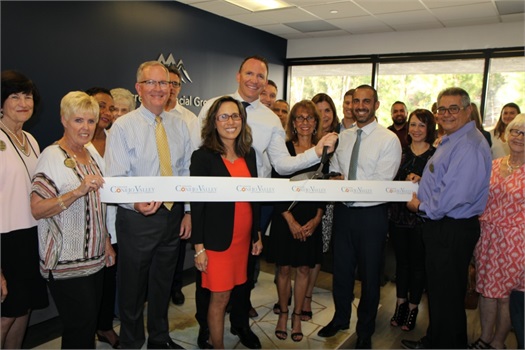 The first quarter of 2019 closed after a near mirror image bounce back from the sell-off we saw at the end of 2018. It seems just when we reach extreme panic, we suddenly morph into optimism and vice-versa. The “Yo-yo” markets are jolting to investors. Especially on the way down when words like “recession,” “slowdown” or “bear-market” are in almost every headline. For seasoned investors that have been through multiple economic cycles, these gyrations may be dizzying but somewhat familiar. For new investor it can be discouraging, to say the least.

Historically, our economy and financial markets have gone through a lot. In 2008, a recession stemming mostly from consumer debt, hurdled us into the near collapse of our financial system. After the dot com boom of the late 90’s, we entered a recession that was then followed by Enron, WorldCom and the 9/11 attacks. Even further back, the S&L crisis, the flash crash of ’87, runaway inflation and double-digit interest rates of the 70’s, Cuban Missile Crisis, etc. The list goes on and gets progressively scarier. An economic cycle like The Great Depression would be unimaginable for most of us today. The point is not to ignore the risks nor is it to live in constant fear of “the big one.” The point is to be prepared and to know, with proper planning, your odds of getting through these shocks (even a depression) can grow exponentially.

Global markets seem to now be in the eye of the storm. The data is mostly optimistic with an unemployment rate still around 4% and a steady earnings story from most of Corporate America. Still there are areas that we’re concerned about. The economy, albeit steady, seems to have topped out. Short term interest rates are much higher today than they’ve been over the past decade and political risk (both globally and domestically) is elevated. We may get another resurgence of positive economic data but we’re aware of the possibility that the best might be behind us, for this cycle. With that said, remember that the economy and financial markets don’t always see eye-to-eye. Financial markets, such as the stock or bond market, are discounting mechanisms that incorporate investor sentiment to determine today’s value of assets (imagine an auction). Investor sentiment can drive markets up and down in the short-run with little regard to the underlying economic figures.

To paraphrase Heraclitus (Greek philosopher – we googled it) “the only constant in life is change.” Just as it applies to every aspect of our lives, we must anticipate change in our financial markets as well. In a span of a few decades, the rate of change of technology has sparked new industries and efficiencies. During the same few decades, health and longevity has shifted to the point that most retirees find themselves asking “am I going to run out of money because I’ll live too long?” One thing is constant: change. It may seem like basic financial advice, but we still find households that have neglected their emergency reserve or have procrastinated properly insuring their lives and assets to protect against change. Also, many investors may be surprised to find themselves taking more risk in their investments than they’re comfortable with. We often see this in employer retirement plans (i.e. 401(k), 403(b), etc.) that are set on “auto-pilot” and never reviewed.

If you, your friends or family need help with planning for change, don’t hesitate to reach out to our team. With decades of experience and access to the universe of financial solutions, Hillcrest Financial Group can help you plan for change, so your lifestyle can remain constant.